It doesn’t matter if you are new to moving or an experienced residential shifter; still, the bottom line is that you need professional movers’ help when moving to Rockford.

But how do you pick the right full-service moving company that won’t take advantage of you and does not primarily focus on how much they can get from your pocket?

A Plus Moving Group is the best moving company in Rockford you can quickly contact, equipped enough to help you with moves of any complexity at any distance.We do have adequate experience in both local and interstate moves.

We offer a wide selection of services, all at its best prices, including packing & unpacking services, accurate transportation, and storage services. Our logistics managers and packers will wash your worries away about your antique furniture and other belongings.

They will do everything possible to ensure the safety of your valued items. A guaranteed unforgettable escapade, this is what you can take if you choose A Plus Moving Group for your moving in Rockford and surrounding areas.

A Plus Moving Group team includes 54 professional movers, packers, drivers, and logistics managers in Rockford. They will come to your aid as soon as possible to secure a safe and free-from conflict moving service.

With our experienced professionals and 11 trucks of different sizes, the team can conduct large and small moves and even moves that require special attention.

These are all attainable because of our trucks’ necessary features, such as special elevators and straps for safe transportation.

Rockford movers team takes care of your household items and massive furniture as cautiously and attentively as we look after our own.

Contact our moving managers for pricing, details and to arrange a time that is handy for you.

Rockford, the county seat of Winnebago County, is situated in the far northern part of Illinois. It is located on the banks of the Rock River.

It is considered the largest city in Illinois outside the Chicago metropolitan area. It is bordered by neighboring communities such as Loves Park, Machesney Park, and Belvidere.

Well-known as Forest City, Rockford is famous for its extensive array of cultural venues and places with historical significance. People will surely enjoy walking and living around the area because of the city’s various tourism undertakings and downtown revitalization efforts.

The city has a population of 145,610, with an outlying metropolitan area population of 348,360. As for its climate, it has hot and humid summers while winters have cold Arctic air masses. 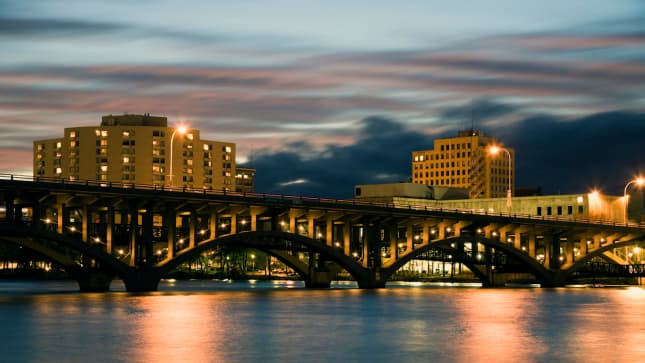 Any move is a complex matter and consumes so much time, especially if you are unprepared. Therefore, entering into a contract with a moving Rockford company is the best solution.

A Plus Moving Group team will gladly plan for your local move aligned with your needs and budget. It will save you from unnecessary hassle and stress since we comply with a strict timeline and checklists for proper monitoring. It also comes with quality packing supplies: special blankets, shrink wraps, and moisture-proof boxes of various sizes.

If necessary, we offer climate-controlled storage depending on the length of time you need if you do not have ample space in your new place yet. It proves that A Plus Moving Group is the best moving company you can get to reach your destination.

Long-distance moves, as to their complexity, require special attention. A company must have reliable packing and unpacking of property, professional support, and well-equipped trucks. A Plus Moving Group can provide all of that.

Each of our clients is provided with unique plans because we consider all their needs and necessary wishes to develop the most appropriate approach to moving.

You can rely on our accumulated experience and a good reputation for the past six years. Adding to the quality services, we provide comprehensive insurance regardless of the size of the property being moved.

Contact A Plus Moving Group at (866) 898-8366 to get a free estimate from the best moving company in Rockford and any other destination.