Whether you are new to moving or are an experienced residential shifter, you will need the help of professional movers when moving to Santa Monica.

But how do you choose a reliable company that won’t cheat and takes money on top? A Plus Moving Group is the best mover company in Santa Monica, ready to help you with moves of any complexity and any distance. We do both local and interstate moves, no distance is too long for us.

Commercial moving, office moving, condo, or studio apartment moving – A Plus Moving Group can do it all! Worried about your antique furniture, antique books, or family crystal? Our logistics managers and packers will do everything in their power to make sure your cherished items are under a double layer of packing material.

Choose A Plus Moving Group for your relocation in Santa Monica and surrounding areas and make your move an unforgettable adventure.

A team of 54 professional movers, packers, drivers, and logistics managers in Santa Monica, ready to come to your aid at a moment’s notice to provide safe and hassle-free service – that’s all A Plus Moving Group.

We have 11 state-of-the-art trucks equipped with all the necessary straps for safe transportation, special elevators for oversized items, and quality packaging to keep your belongings intact.

All of this makes us the best moving company in Santa Monica and surrounding areas.

A Plus Moving Group takes care of your belongings with the same care and responsibility as we take care of our own. And that’s what sets us apart from other mover companies.

Our priority is 100% customer satisfaction, and we’re pretty good at it! Contact our moving managers for details, pricing, and to arrange a time that’s convenient for you.

Santa Monica is a city in the United States located in western Los Angeles County, California.

According to the 2019 census, the population is 91,560. Santa Monica was part of American Indian territory from the Tongva tribe.

The city is located in a subtropical Mediterranean climate zone, like most cities on the coast of southern California, making the region characterized by mild, fairly humid winters and warm, even hot, most often arid summers.

Every fall, Santa Monica Pier Park hosts the Taste of Santa Monica Festival, where you can sample food and drinks from local restaurants. 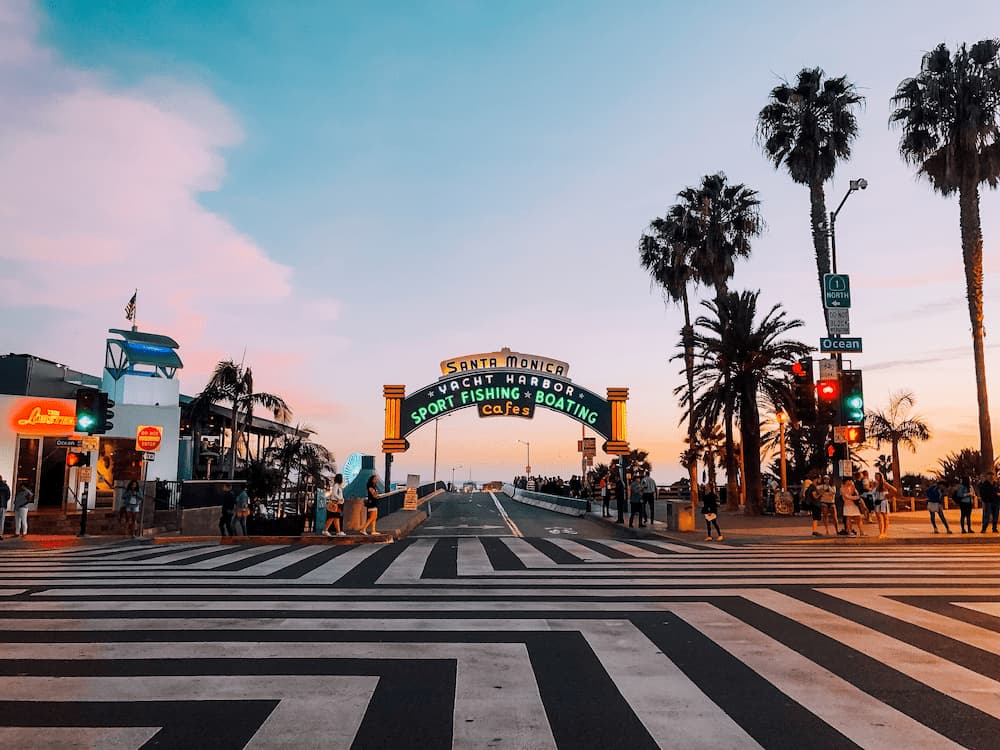 Regardless of distances, any move is a complex and time-consuming process for the unprepared person.

A plan for your local move designed by the A Plus Moving Group team with your needs and wishes in mind will save you the hassle and unnecessary stress. We follow a strict timeline and have our checklists on which nothing will be overlooked.

Packing is the most time-consuming and tedious part of the entire local moving process, but it’s what ensures a high percentage of your belongings remain intact. We use only high-quality materials: special waterproof blankets, shrink wrap and shrink wrap, roomy and moisture-proof boxes of any sizes.

Loading, unloading, and transportation are also of great importance: we use modern technologies for handling large items, taking care of their integrity and security. We also offer climate-controlled storage rentals for any length of time if you need time to put all your belongings in their proper places.

Professional moving support, reliable packing and unpacking of your property, reputable movers, and state-of-the-art trucks all make A Plus Moving Group the perfect solution for your long-distance move.

Not all companies are willing to take on such a time-consuming and complicated job, but A Plus Moving Group can handle the task at hand.

We develop unique solutions for each of our clients, take into account all needs and wishes, and promptly solve problems. With six years of experience in the interstate moving industry, we have accumulated experience and an excellent reputation as someone you can rely on.

In addition to excellent and quality service, we provide insurance for all your household possessions to save you unnecessary stress and make your moving day enjoyable.

A free moving estimate is important for long distances to feel prepared, which is why we provide this service. To do so, contact A Plus Moving Group at (800) 919-6332 and get a great quote from the best moving company in Santa Monica and any other destination.